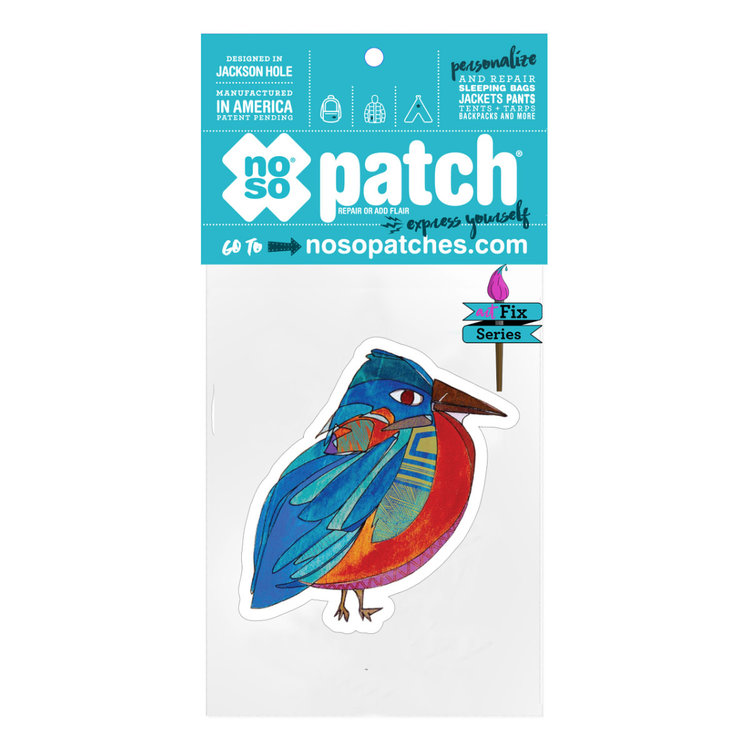 This gear repair patch is part of Noso's ArtFix series. Created from original artwork by artist Katherine Homes, wear this limited edition patch to show your support for threatened animal species all around the world.

This abundant bird is usually found in developed areas with human populations. Because of this, they are sometimes seen as an early detector of an environmental concern or overuse of pesticides. While abundant, the biggest threats to the Eastern Bluebird are increased pesticide use along with agriculture and housing developments in forests and meadows where the birds nest.

0 stars based on 0 reviews